3 Thanksgiving Themed Games to Play with Your Family 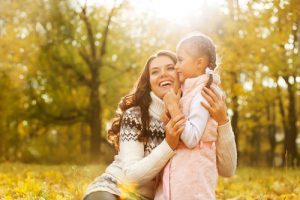 Like most holidays, Thanksgiving is synonymous with gorging on scrumptious food. That can be great for your tastebuds, but not so nice for your physical health and well being.

The American Council on Exercise estimates that the average Thanksgiving meal — complete with turkey, gravy, side dishes, and dessert — is around 3,000 calories and 229 grams of fat. That figure grows even further when you add in drinks and all-day snacking. To put it into perspective, those calories represent nearly twice the recommended daily calorie intake and more than four times the amount of fat a person is supposed to eat in one day.

Despite those figures, a big Thanksgiving meal is often an uncompromising part of family celebrations, and something to look forward to! With the onslaught of a food coma on the horizon, here are a few fun Thanksgiving themed activities so you can balance your Thanksgiving meal with some healthy activities this November.

This is a holiday adaptation of the beloved game of schoolyard tag. Turkey Tag can be played with small or large groups. Two players are designated turkeys, and given a rubber chicken or other item to indicate their role. They then run around the set play area trying to tag other players. Once tagged, players are transformed into turkeys and must move around the play area flapping their “wings.” They’re stuck in that position until a non-tagged player taps them on the shoulder.

Turkey Tag is a perfect activity if you have limited resources and a large group of people. Plus the rules are easy to explain and understand, and your kids will love transforming the older members of the group into gobbling turkeys.

Inspired by the game Capture the Flag, Capture the Turkey is perfect for large families who can create 2 or more teams of 7 to 10 people. Each team should be indicated by a different color shirt or some other identifying clothing.

Divide a large playing space so each team has its own “turkey farm” territory and within it, a small turkey pen and turkey jail area. Within their respective turkey pens, each team will have a rubber chicken or a construction paper turkey that needs to be captured by an opposing team. The premise of the game is to capture this turkey without being tagged by a member of the opposite team.

If tagged, players move to the turkey farm jail and must squawk loudly so a team member knows to come and save them. A team wins once they’ve successfully kidnapped the other team’s rubber turkey and brought it back to their turkey farm.

Capture the Turkey is a good choice for middle school aged children and their family members.

Like Turkey Tag, Turkey Trot can be played with small or large groups of people. Divide your family members and friends into groups of two, and have one person pick up a rubber turkey or some other small item that’s easy to throw.

Teams should then be positioned a few paces from one another in the playing area. Players toss the turkey back and forth to music being played in the background. Once that music stops, the person with the turkey must run from their partner in an attempt to continue hanging onto the turkey. If they’re tagged, they must surrender the turkey to their partner and flap their wings and gobble three times before they’re able to try and recapture the bird. When the music restarts, partners go back to tossing the rubber turkey between themselves.

This game builds a number of essential skills such as hand-eye coordination and running, making it an especially good game for younger children still developing motor skills.

There you have it — three activities that will help mitigate the factors of an indulgent Thanksgiving dinner, not to mention get you outside when all you want to do is participate in an all day snack-fest. Try them out this Thanksgiving — at the very least, we promise they’ll increase your appetite for your Thanksgiving feast!

SPARK is a research-based program that provides award-winning, evidence-based programs for Physical Education (K-12), Classroom Physical Activity & Recess, After School, Early Childhood, Nutrition and Health. Since 1989, SPARK has provided curriculum, training, and consultation to over 100,000 teachers and youth leaders worldwide.